Facebook
We always “get it” before “We get it”…

Ever have one of those times when you ‘get it?’ And then a while later you really “GET IT” as it spirals back around. You feel a profound undefinable energy rising from within every cell as your body is vibrating at laughter speed!

It started with a cool breeze blowing as I was listening to my horse family’s soothing rhythmic munching on hay. I asked them, ur ah, perhaps, well, maybe I was complaining, just a little after being in a experiencing with my human family.

It was/is what I call a gifting from them, to me, and it came with some unfamiliar wrapping paper. That was my perception at that timing anyway. More about that later, as the crappy paper turned into an opportunity to shift how I perceive, and experiencing feeling the beauty, a knowing of Self – a merging with my Soul. 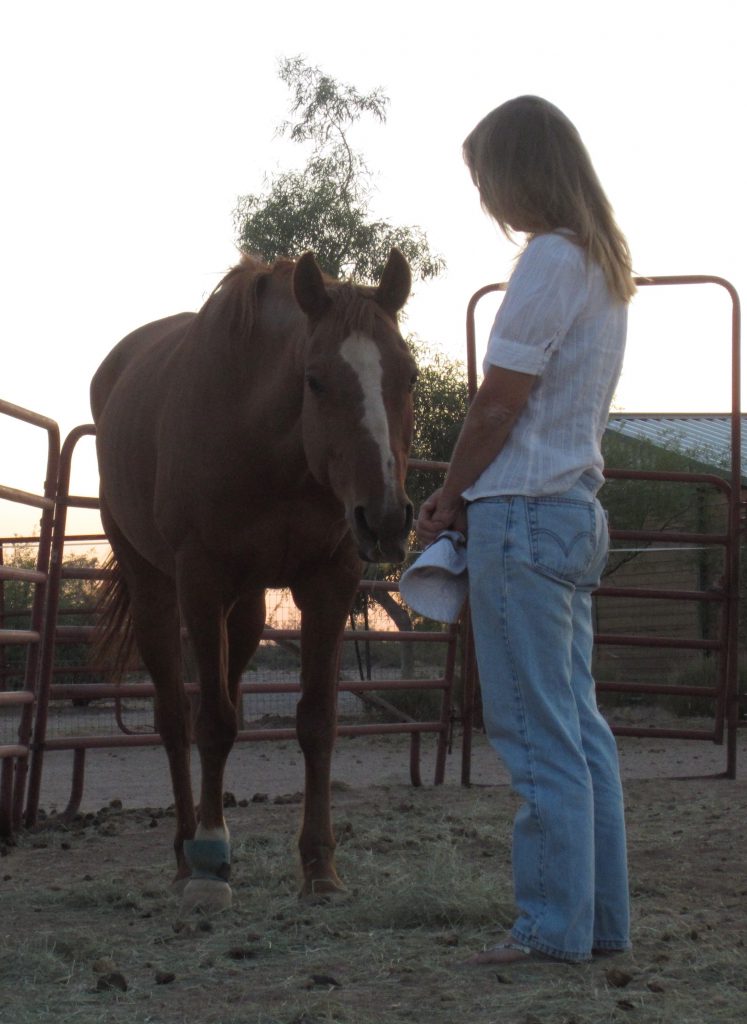 Now then, back, forward… I remember asking about clearing family ancestral linage. My emotions where running a muck and I felt stalled out. So much has been said about linage, emotions, feelings, thoughts, and I wanted clarity. An unmistakable sound came, it was my great teacher, Sprit Desert Walker (SDW). His answer was filled with the essence of strength, clarity, balance and simple…

‘Whatever the human believes.’

It was so simple that sometimes my human mind likes to jump in and complicate when given the chance. Have you noticed that for yourself? The minds ping pong games? Or sometimes is more like a trap!

I began to ponder SDW’s simple answer and at times it felt more like a riddle. They are great beings and honor all who come here to have the their own experiences and be in joy discovering Self. They do nudge, always allowing the human to discover and experience for themselves. An opening to step beyond the inner gateways into a treasure chest filled with a golden elixir.

Another moment, I approached again, a new question about those darn emotions, thoughts and memories that pledged me. Another simple suggestion came flowing through. In short form…

“You can’t take it with you.” followed by…

‘What is an emotion? What is a Feeling? What is your’s? What is not? What brings them? Where do they go?’

Those very persistent questions and a few others ultimately brought clarity filled with a heart warming hint from SDW – ‘Importantly, most are not yours!’

I pondered for awhile, perhaps a day, perhaps lifetimes, or one beat of the heart. Returning, beaming, radiating with new expanded perception. I spoke to SDW about what I discovered, I could hear his thundering hooves, and yet he was standing so still. With a snort and a smile, his excitement intoxicating, he replied:

“Now you have found choice – this is the first step where you are able to override old foundational existing programming and migrate into the new. You have discovered Conscious Choice that breaks the chains of the enslavement template! This template, or program has been on versions of Earth for eons and has already been removed, it is gone. What lingers is the human body and it takes a bit to catch up. The cells still holds, magnetizes the density of energies which you have found. Be gentle with yourself as waves of energies are assisting the flushing out what no longer serves you.”

Then with a flick of an ear and calming vibrations felt, between, beyond the words formed a sense of floating in stillness within a peaceful cove in my heart. Another hint within this progression that lead me into the nonlinear 2nd and 3rd stepping stones. 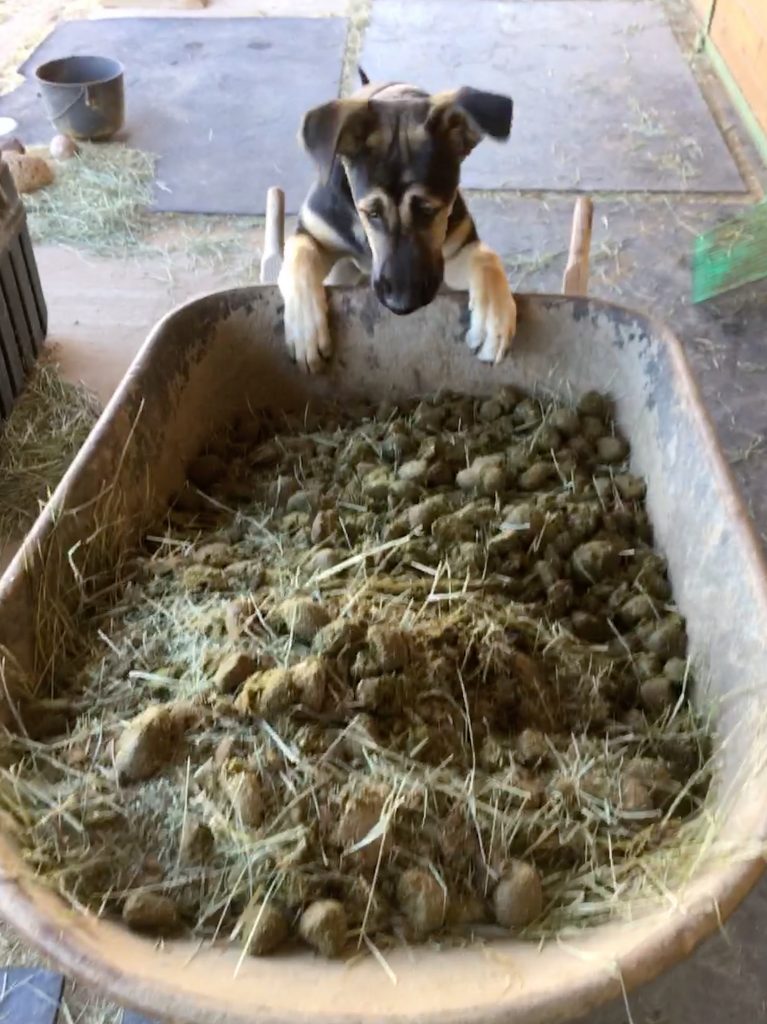 A moment within the future now, I was cleaning my herds houses with our new family member and helper, Loki. He’s always one to bring a hardy laugh filled with curiosity! He is a bit mouthy at times, but hey, I can be also! Yes, another teacher in animal form!

Anyway, I entered my manurartation space, and well, was a bit crappy. It would appear as if I’m cleaning my horses stalls when I am actually cleaning my stall. It’s a place where time and space dissolves and is filled with incredible insights and limitlessness.

Without looking for or attaching to any answers, I pondered into how many years I have cleaned stalls? I wondered how many pounds of crap I’ve shoveled? How many wheelbarrows of poo I have transported to a bigger pile? How many miles I have carried this weight! And yes, times filled with wonderment that there was a cute little pony under it all. And when I was done, I would turn around, look and wala! Nothing there – Magic unfolding!

And then it faded, happens sometimes, a slipping out of vibrations as the old foundational conditioning would rare up to be flushed away. Then, giving myself a deep conscious breath, fully exhaling, I would remembered SDW saying “be gentle with yourself.” And with what I can only transcribe as a snicker to lighten me up, he turned, farted and walked away.

Within another moment, feeling intense energies, a remembrance  “I can’t take it with me” – “the only way around is through it.” I became so aware of myself observing myself, observing myself, standing with apple picker in hand, staring at a simple pile manure. A bursting from within surrounded me, delicious humor floating on the gentle breeze from within my heart… I’ve been shoveling others shit for years and none of it is mine! It’s not my shit!!

Yes, this was a cellular lifting, shifting perceptions into a fuller integration of Conscious Choice… It came from deep within, beyond my human aspect mind games, thus allowing the sweet elixir of Wisdom from my Soul to come in, prancing, dancing, radiating!

And then came a question rising up to meet me, opening curiosity… ‘So what is?’

The answer came spiraling beyond human language, an essence of light and sound swirling from within me, expanding out that formed 3 simple words!

If you can relate to carrying around the weight of others or the world around. If your a sensitive empathic or experiencing exhaustion of the 3d density, check out group gatherings or contact me to explore, experience a private session and how you can experience yourself differently thru freeing yourSelf from yourself!